Some years ago the 14th Dalai Lama said: "In fifteen years Tibetan culture will have disappeared, if China does not agree to au­tonomy for Tibetans." What is the situa­tion today? Has it changed? Aren't cultures subject to change? Hasn't globalisation al­ready diluted individual cultures? A travel agency's advertisement reads "If you want to see Tibet and its culture (threatened with extinction) don't delay your trip."

Tibet used to have the size of the dark yellow surface, the People's Republic of China reduced it to the light yellow space. (except the parts in India Nepal and Bhutan)

Map of Wikipedia in German

A CULTURE NEEDS SELF-DETERMINATION, FREEDOM AND A SENSE OF UNITY

In order for the culture of a people to de­velop and maintain itself, several factors are essential. The most important are certainly self-determination, freedom and a sense of unity. Because of die Chinese occupation, these conditions no longer exist in Tibet. The Chinese government tries systemati­cally to eliminate all that is specific to Ti­betan culture, or suppress it by making it seem useless or of no interest.

It uses insidious methods to achieve this goal. One of these is mass immigration of Chinese to the high Tibetan plateau. This immigrant population not only receives economic advantages from the government in place, but brings with it, its own culture, ways, customs, language and writing. It has replaced the Tibetan popula­tion,  little by little, and thanks to the help of local civil

servants, they get the best jobs in both the economic and political sectors and have access to the best education. The Tibetans find themselves increasingly marginalised, especially those who do not wish to as­similate into the Chinese way of life. Under these conditions it becomes impossible for Tibetans to develop. Despair takes over and there is increasing danger of trying to es­cape the difficulties of daily life with drugs and alcohol.

Everything that is Tibetan is called "outdated". A large part of old Lhasa was destroyed to make way for uniform blocks of flats for the Chinese. Numerous reports show that young Tibetans are being indoctrinated with new values to distance them from their culture, language and religion. Anyone who opposes what the Communist Party's dictates, is marginalised, imprisoned, beaten or tortured.

TIBET BURNS AND THE WORLD WATCHES

Seen from this angle, faced with a future without prospects, all that is left for the Tibetans is despair. There have been more than one hundred immolations to this day in Tibet, to protest against die forceful Chi­nese occupation, the suppression of Tibetan culture and the absence of freedom and de­mocracy.

What can we do? How can we help? Do we have the possibility to change something politically?  We have to make policticians aware of this tragedy  that is happeing in Tibet since more than 60 years, again and again, with non violent ways and means, so that it does not get forgotten. And in order for the rich Tibetan culture to stay alive.

THE ACTIONS OF FPC (SEK) -TIBET

Combined with the wish to launch an association to help the Tibetan culture to survive, a Buddhist center was created in Sorens. The name, “Thubten Jamtse Ling“ was given in 2009 by HH the 14th Dalai Lama.

Since then, teachings have been given by many Tibetan masters of the Gelug Tradition, and  other appropriate activities  have been happening.

This Buddhist Center, "Thubten Jamtse Ling“ in Sorens is the initial place where the Foundation came into existence.

The foundation FPC (SEK)-Tibet was established by individuals and diverse organisations. We are non-political and act in an informal way with the unique goal of preserving the threatened Tibetan culture outside of Tibet. Conditions make it far too difficult to act inside of Tibet, in order to protect and maintain the original culture. The Chinese have already planned to build  fake monasteries for tourists while there is no possibility for monks and nuns to practice and study genuine Buddhism. Some authentic sites have been spared by the cultural revolution and are preserved by the Chinese to show their religious tolerance and respect of Tibetan culture; despite the fact that they have trampled over the culture for decades.

There is a lot to do, but some projects we are already able to support.

The foundation FPC (SEK) -Tibet organises charitable and non-political sponsoring with the aim of maintaining Tibetan culture and promoting exchanges with other cultures. It tries to financially support (with whatever means it has available) individuals and organisations who help to maintain Tibetan culture. Since its  creation on February 28th, 2011, several projects have been completed.

In order for the cul­ture to survive it must actively participate in dynamic exchanges.To support structures that en­able people to come together in order to maintain a living culture, we contributed to the establishment of a common room for students at the College of Higher Tibetan Studies in Sera, India.

We support the library at Sera Ngari Khangsten in India, where a unique and inestimable wealth of Buddhist philosophy is preserved in the Tibetan language. These texts must be safeguarded for the benefit of all humanity. This profound knowledge concerning the human mind and its functioning is only just beginning to be studied by scientists.

To keep alive thangka paint­ing (religious paintings on canvas), tsa-tsa (plaster casts) and statue making, FPC-Tibet supports a workshop in France. The popularity of thangkas and Buddhist sta­tues in the west has unfortunately meant a decline in workmanship. Many painters

and sculptors no longer have the necessary training to ensure that their objects adhere to the prescribed rules for each deity. They prefer to hastily produce statues and paint­ings to sell cheaply to tourists.

FPC-Tibet also supports individuals whose activities conform to the goals of the asso­ciation. For example, we help a woman in Nepal continue her studies in Tibetan and Buddhist philosophy, and Tibetan language and writing. A Tibetan musician receives our help with his studies at a music school in order to accompany the poems and songs of the Yogi Milarepa and the 6th Dalai Lama (the divine voice Tshangyang Gyatso).

WE DEPEND ON DONATIONS

The Foundation FPC (SEK) Tibet  is recognized in Switzerland as a non-profit organization under § 83 StG (tax law of the Canton of Bern) in conjunction with Section 56 DBG exempt (federal law on direct federal tax) from all taxes in Switzerland. Any donations to the Foundation SEK Tibet can be deducted from taxable income, according to the cantons and the federal government limits. 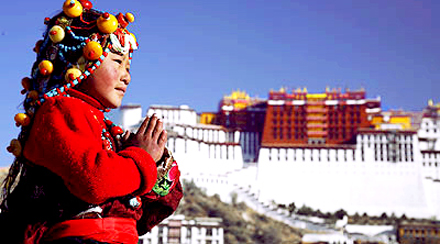